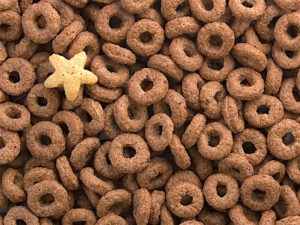 “FEEDBACK IS THE BREAKFAST OF CHAMPIONS.” — KEN BLANCHARD
Constructive criticism and positive feedback like “cash” is the lifeblood of any organization, the question is; does your organization or company have a policy in place where it openly solicits constructive feedback and good ideas?  How are individuals rewarded for their input?

Years ago a major airline implemented a program whereby they solicited ALL of their staff to give feedback and suggestions on how to make the airline streamlined and more profitable.  Interestingly a suggestion came from a very unlikely group of people.  Seems as though the individuals who were removing the garbage and trash from the planes after they had landed noticed that (this is when they served meals regularly on flights) that the vast majority of plates being removed still had the olive garnish on the plate.  After a careful examination on the repercussions of removing the olives from the menu they did just that.

In the following year the airline, from that small reduction realized a cost savings of over $40,000.00….just for olives – imagine that.

What in your organization could be streamlined? Could you develop an internal program for your company?  Or what about being proactive and developing a suggestion program for your clients where they could reward the “good ideas” with premiums.  Given our economy, I know any company would relish a program that would help in saving money and at the same time build loyalty and camaraderie.

Put on your thinking caps folks; opportunities are just waiting for you IF you’re thinking!

Very special thanks to Cliff Quicksell, MAS+ for his great insight.